For Mom and Dad

I just finished this little FAMILY album for my mom and dad when we see them this weekend. It was made with BoBunny Word chipboard album. Last time I was home to Texas I brought home all of my parents pictures. Their 50th wedding anniversary is this October and my goal is to have a scrapbook album or two for them then. I made this little album so mom didn't think I was hording all of her pictures and doing nothing with them. LOL This worked out perfectly as there was enough pages for me, my 2 brothers and their 6 grandkids with one page left over for just a collage of pictures of all of us. Mom and dad have no clue what my plan is with their pictures other than to put them in albums for them, but we are also making a video for the anniversary party. It has been so much fun so far. :) 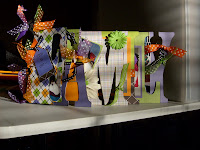 As long as the Orchid gets at least 1/2 full sun it should be fine. Try it and send photos. I bought my first Orchid at a local grocery store that had Orchids also ($20.) the blooms last up to 100 days (mine actually did).